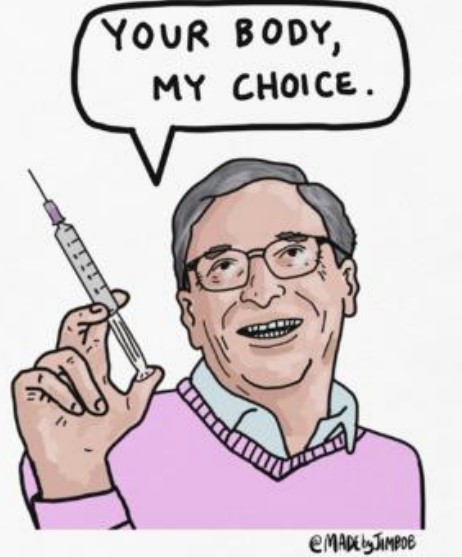 Richard Gannon – More on the Psychology of the CV Scam

But that is my description, not his – I don’t think he even mentions these words! 17 mins and 15 mins – worthwhile viewing!

A couple of people sent me this 2 minutes – good editing…

3 minutes – people go back onto the beach.

Two or three people send me this – a petition on the White House petition page to have Bill Gates investigated for Crimes against humanity, it has amassed over five hundred thousand signatures already … https://petitions.whitehouse.gov/petition/we-call-investigations-bill-melinda-gates-foundation-medical-malpractice-crimes-against-humanity.

Just under two weeks after the gentleman I cared for went into hospital, he died. His family, of course were devastated, but are glad he is no longer suffering.

The daughter of his who was their (her dad and mum) primary carer did push further to be allowed to see him, under Gloucester Hospital’s end-of-life rules allowing family to visit. By this time, he was already unconscious. The family was told if they visited the hospital they would have to be in complete PPE, and would have to self-isolate for 14 days after leaving the hospital. This is, by the way, without any proof, evidence or suggestion that the ward he was ‘infected’, the staff were ‘infected’, or anyone else on that ward (if there was anyone) was ‘infected’. This was absolutely out of the question due to so many different reasons, least of all the affront to human rights.

They were given the opportunity to see him via video link. Again, he was unconscious by this point, so it was fairly pointless. His family made the incredibly hard decision that they would not visit. Ultimately, he died alone, without his family.

I imagine everyone is getting the picture fairly quickly regarding what’s going on in hospitals, but I’d also like to add something else to this. You don’t have to share this with your readers, pretty sure I’ve written  enough, but I thought it might be interesting for the future, when the possibility to collate this kind of information into a volume might be worth it!

I look after another elderly lady (95) who had a fall last week and was taken to hospital. I actually told the paramedics I was concerned about her being taken in and kept there because of how relatives across the country had been taken in and never came out, allowed visitors etc. so I wanted to make sure she wasn’t going to be disappeared. They said that the hospital wouldn’t keep her any longer than necessary. Luckily she was out 5 hours later. This brings me to the timing. Anyone who has ever been to A&E has probably spent the approximate time above waiting in the reception to be seen before even getting a cubicle. In the space of 5 hours, she had been checked by the paramedics, taken to hospital, had blood tests, heart tests, x-ray etc. required for a fall, the doctor had called me, a nurse had called me, and she was out by 6pm. I was told by the nurse over the phone to park outside A&E and ‘wave someone down’ so I could collect her. The hospital had about 4 ambulances sat outside, nobody but a few cars in the car park, and when I parked at the A&E barrier there was nobody to ‘wave down’.

I went into the A&E, where I saw signs saying ‘Patients Only, No visitors, No Family’. Obviously I went in anyway. The reception was empty. Not one person. The reception however had at least six, possibly seven members of staff, all sat all over the desk, chatting away to each other and ignoring the only non-staff member stood right in front of them. I waited. Nobody acknowledged me. So I spoke as loudly as I could over the din of their conversations, in a very unimpressed fashion, that I was here to collect someone. I gave them her name and they just looked between themselves as if that would produce an answer. Finally a nurse who was actually working came into reception and knew who I asked for. So I took her home and that was that. Although, I did check the waiting times again on the hospital website when I got home. It read approx. 36 minute wait at Gloucester, and even less at Cheltenham. This must relate to people already in cubicles considering the reception was empty.

Following this her GP was supposed to get touch as a follow-up. This never happened. Though I can’t say I’m surprised. I lost trust in GPs a long time back.

She has had to go back into hospital for a scan after a blood test yesterday (not serious), and even though I advised for an ambulance not to be sent before a couple of hours had passed there was an ambulance outside the house FIVE MINUTES after I got off the phone. I think that beats even emergency speed? I had to turn them away to come back later as she wasn’t even out of bed. They came again a few hours later. What was actually refreshing is that when I was having a chat to one of the paramedics, and he was clearly not impressed or convinced of this whole situation (bollocks, I believe the word was used). Ambulance crews are also currently being forced to wear masks and throwaway aprons. He told me the hospital A&E was also split now between ‘clean’ and ‘dirty’, and she would be going into the ‘clean’ area, and she should be zipped through.

The very strange and unusual circumstance is that she requires a scan, which can be booked in for tomorrow, however, due to the restrictions they are going to try and decide whether she needs to stay in overnight or should be brought home and taken back in tomorrow. She’s too ill to be ferried by car, but I cannot fathom how, in such an unprecedented deadly pandemic, they would have the time and staff to ferry a person back and forth to hospital four times in an emergency ambulance.