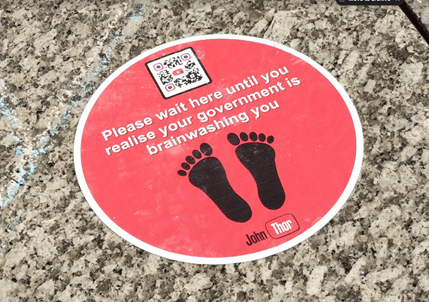 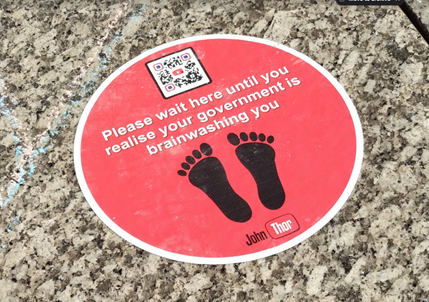 Thanks to John for this: 19 March COVID-19 no longer considered HCID on government website…  And then just 4 days later Hansard shows that Hancock blatantly lied to Parliament.

The Secretary of State for Health and Social Care (Matt Hancock)

I beg to move, That the Bill be now read a Second time.

Coronavirus is the most serious public health emergency that has faced the world in a century. We are all targets, but the disease reserves its full cruelty for the weakest and the most vulnerable. To defeat it, we are proposing extraordinary measures of a kind never seen before in peacetime. Our goal is to protect life and to protect every part of the NHS. This Bill, jointly agreed with all four UK Governments, gives us the power to fight the virus with everything that we have.

In my “COVID Fraud Report,” I also included a copy of the letter which generated the non-HCID COVID19 classification – a letter from Prof Tom Evans of ACDP – see:

Taking the information coming out of the official covid-19 narrative the author reconnects it to other aspects of how the medical authorities have been consistently ignoring science. He links it to the position of power the owners of the medical profession occupy within governments and within the financial system. It appears they can afford to lie and to deceive the public and not only are they getting away unscathed but they are even being rewarded for it.

The author confirms that the only way this system of complete control over the population can be broken is for the population to make independent free choices. And for this to happen we all need this information

But maybe the report doesn’t go quite far enough….

Sky News host Alan Jones says he has warned time and time again the political leaders who are the architects of this coronavirus response will not be able to escape the criticism that is now finding its way into the public place.

It comes as an economist in the Victorian Department of Finance and Treasury, Sanjeev Sabhlok, on Wednesday penned an article in the Australian Financial Review announcing his resignation from his position.

Mr Sabhlok wrote he resigned “so that I would be able to speak out against the state’s management of the COVID-19 infection”.

“I made a number of criticisms of the state government on social media. The head of human relations at Treasury asked me to remove them.

“I resigned on the same day, the only honourable course for a free citizen of Australia,” Mr Sabhlok wrote.

Mr Sabhlok continued to note a number of his other criticisms over the response to the virus.

“One question remains, how many others have been silenced across all arms of government, including in Canberra,” Mr Jones said.

Mr Jones also reiterated his call for a national advertising campaign to “tell the public the truth about the fact this virus is not a pandemic”.

Sir Van Morrison has accused the government of “taking our freedom” in three new songs that protest against the coronavirus lockdown.

In the lyrics, he claims scientists are “making up crooked facts” to justify measures that “enslave” the population.

Speaking on Wednesday, the prime minister said the government was doing “everything in our power” to prevent another nationwide lockdown.

“I don’t want a second national lockdown – I think it would be completely wrong for this country,” Boris Johnson told MPs at the Commons Liaison Committee.

“So when I see people arguing against the rule of six or saying that the government is coming in too hard on individual liberties and so on – I totally understand that and I sympathise with that, but we must, must defeat this disease.”

We now have a higher number of UK and other celebs at least objecting to what’s been happening -and going beyond basic objections to various degrees – thanks to David G for this list:

One hundred and fifteen years ago this month, the US Supreme Court made a decision that because there was a deadly smallpox epidemic, the City of Cambridge, Massachusetts was allowed to charge a pastor five dollars to opt out of a city wide vaccine mandate. The law didn’t apply to children.

That precedent has been the basis for the mandate of dozens of now liability-free vaccines for children and adults, where no epidemic (or even one case) exists, at the costs of thousands, or even hundred of thousands, per year to opt out. It is even the basis on which the Supreme Court ruled that women can be force sterilized, for the good of themselves and society, of course.

Bad precedent, plus a century, has resulted in the legalization of actual war crimes.

The current vaccine mandate enforcement drive by Merck and Friends has driven our community, and those who never questioned vaccines before now, back to a basic question at hand here.

Oxford University on the PCR Tests – Q & A

Thanks to Paul G for some useful links:

“It was not possible to make a precise quantitative assessment of the association between RT-PCR results and the success rate of viral culture within these studies.

This means that PCR Positives might or might not lead to concluding that subject tested positive by PCR   is infectious. Why? Because PCR positives have not been correlated to the growth of the virus in culture. They continue to explain why this correlation is not possible:

“These studies were not adequately sized nor performed in a sufficiently standardised manner and may be subject to reporting bias.”

Can successive tests on the same person give contradictory results?
That a PCR test gives positive or negative depends on how the experiment is conducted. Furthermore, since it is not know whether PCR positive correlates to infectivity and how it is that this correlation must be interpreted, the interpretation is inconclusive. The authors claim:

“Cycle thresholds are the times that the amplifying test has to be repeated to get a positive result. The higher the viral concentration the lower amplification cycles are necessary.”

How long can an inactive virus remain in a body?
This is inconclusive since PCR positive to viral culture. See above. But the way in which the experiment is carried out matters since one might be PCR Positive long after the virus is no longer active. The authors briefly explain why:

Thanks to Don for this.

Subject: Welcome To The Resistance – Here’s Where To Start..

Welcome to the resistance!
You’ve joined just in time to help save and restore our beloved Aotearoa..
However, time is short and there’s much to be done..
..so I’ll get straight to the point..
Our country is under siege..! But certainly not by some virus..
The Real Threat..

Despite the constant “fear the virus” mantra broadcasting from the beehive, this common virus is not the real threat we’re facing..
And over the coming days you’ll begin to see this ugly truth for what it is, I assure you..!
The fact is, the PM was very busy destroying your country while you were detained in your own home during lockdown..
Beneath the contrived smiles, the promises of “safety”, and the secrecy around the “science”, the Government has actually been:

· Attacking your precious Bill of Rights

· Implementing censorship and surveillance systems without democratic scrutiny; And

· Giving itself wide-ranging military powers that strip your personal freedom

However what’s most alarming is that this is an old trick we’ve seen before in other countries like Russia and China – and it doesn’t end well.

And right now this same Trojan Horse is sitting in the beehive ravaging our Aotearoa!

..There are many layers to this rotten onion which we’re peeling back day by day..

However what matters most right now is that ALL Kiwi’s wake from their slumber and unite to defend our country.

And this is how we’re going to do it..
The NEW Viable Challenger Rises..

In just 9 weeks after forming our party NZPP, and then merging with Advance NZ, our online reach has surpassed all of the major parties online..

Yet despite the attacks from the mainstream media and other parties, Advance NZ is gaining breakneck momentum, and for good reason..

The reason is we’re speaking truth, holding the Government’s feet to the fire, and everyday Kiwis like you are fanning the flames by sharing the message. Not rocket science really..

Meanwhile Labour’s “virus narrative” is crumbling like a Cadbury’s flake, and as we continue to call them out we’re growing faster than any political party New Zealand has ever seen..

..and this has them rattled to the core..

This is why Advance NZ is now a truly viable Party option capable of tipping the scales with enough sway to steer our current dictatorial Government back to a free democratic system that truly serves you.

They know it, and now you know it too.

But it’s not over until the final ballot is counted! So I need to ask you the hard question..

Will You Help Us Take Back Our Country..?

Right now we’re in the endgame, and this means it all comes down to Votes..

The way we earn enough votes to demand real change is by sharing our message of truth in every way possible – and this is where you can really have a critical impact.

Will you join our thousands of Freedom Fighting Whanau by:


2.   Donate to the Freedom Fund.
All donations go directly to amplifying our message of “truth and change” to wake up our sleeping Kiwi brothers and sisters (i.e flyers and billboards for our freedom army, and boosting our message on social media etc). What is your freedom worth?

Over the coming days we’ll be sharing many more truth bombs revealing what’s really going on under our noses and what’s at stake..

But for now stay calm, stand on solid ground and remember this..

We stand for you so that you will stand with us, and together we will reclaim our Beloved Country and our way of life.

Even in an emergency, the authority of the government is not unfettered. The liberties protected by the Constitution are not fair-weather freedoms – in place when times are good but able to be cast aside in times of trouble.

There is no question that this Country has faced, and will face, emergencies of every sort. But the solution to a national crisis can never be permitted to supersede the commitment to individual liberty that stands as the foundation of the American experiment.

The Constitution cannot accept the concept of a “new normal” where the basic liberties of the people can be subordinated to open-ended emergency mitigation measures. Rather, the Constitution sets certain lines that may not be crossed, even in an emergency.