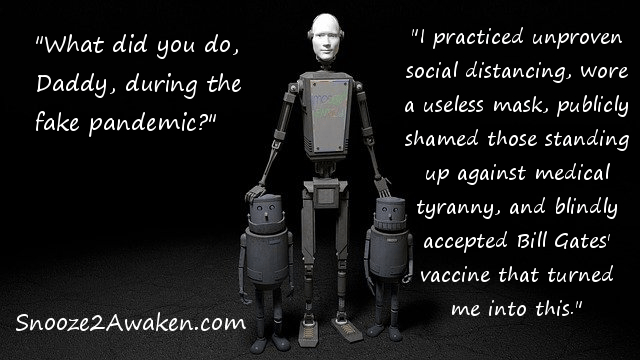 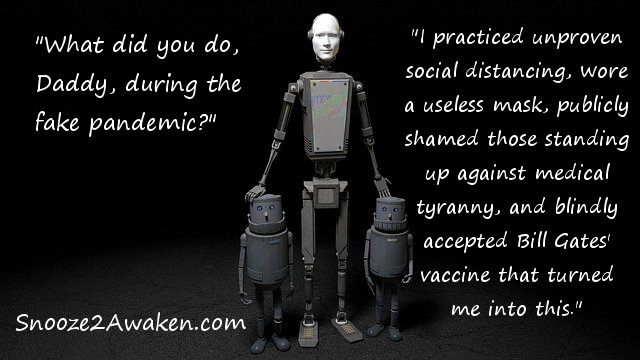 Liverpool – Stand up for your rights and Livelihood!

THANK YOU ALL SUPPORTERS!

So one £10k fine is gone but the TrafSq £10k DonorBox campaign on stopnewnormal(.net) is still desperate. https://donorbox.org/piers-corbyn-s-legal-fund-to-appeal-the-10k-fine

Vigano’s assessment is, as far as I can tell, accurate – he even seems to acknowledge that some people don’t really “go in for” the idea of apocalyptic times and the Christian paradigm etc

The purpose of the Great Reset is the imposition of a health dictatorship aiming at the imposition of liberticidal measures, hidden behind tempting promises of ensuring a universal income and cancelling individual debt. The price of these concessions from the International Monetary Fund will be the renunciation of private property and adherence to a program of vaccination against Covid-19 and Covid-21 promoted by Bill Gates with the collaboration of the main pharmaceutical groups. Beyond the enormous economic interests that motivate the promoters of the Great Reset, the imposition of the vaccination will be accompanied by the requirement of a health passport and a digital ID, with the consequent contact tracing of the population of the entire world. Those who do not accept these measures will be confined in detention camps or placed under house arrest, and all their assets will be confiscated.

Mr. President, I imagine that you are already aware that in some countries the Great Reset will be activated between the end of this year and the first trimester of 2021. For this purpose, further lockdowns are planned, which will be officially justified by a supposed second and third wave of the pandemic. You are well aware of the means that have been deployed to sow panic and legitimize draconian limitations on individual liberties, artfully provoking a world-wide economic crisis. In the intentions of its architects, this crisis will serve to make the recourse of nations to the Great Reset irreversible, thereby giving the final blow to a world whose existence and very memory they want to completely cancel. But this world, Mr. President, includes people, affections, institutions, faith, culture, traditions, and ideals: people and values that do not act like automatons, who do not obey like machines, because they are endowed with a soul and a heart, because they are tied together by a spiritual bond that draws its strength from above, from that God that our adversaries want to challenge, just as Lucifer did at the beginning of time with his “non serviam.”

Of the 59 people who died after receiving the flu vaccine this year (up from 48 on Saturday), 46 of those deaths were believed to have no connection to the flu shot. An investigation into the 13 remaining fatalities has been launched, the Korea Disease Control and Prevention Agency (KDCA) revealed in a statement.

The KDCA noted: “There is no causal relationship between death and the vaccine, so we decided not to consider discontinuing use.”

No deaths associated with influenza vaccination have been reported in Singapore to date, but the decision to halt the use of SKYCellflu Quadrivalent and VaxigripTetra was precautionary, the health ministry and the Health Sciences Authority (HAS) said in a statement on Sunday.

Censorship vs the science regarding masks

Twitter locked me out for 7 days, they say because I criticized the high number of cycle thresholds at which “the COVID19 test” (PCR) is run.  This is not a new criticism of PCR use.  The New York Times said the same.  Others say it on Twitter a lot. But then a funny thing happened. I then saw what I think was the real reason for the censorship, and I now wonder if there is a different topic that actually led to the censorship.

The timing of my being locked out of Twitter happened to be at 3:02 am on 10/22/2020, which was less than 4 hours before release of a Reuters story, at 6:40 am that same morning, which criticized my discussion of Dr. Anthony Fauci’s research, in which he and his team found bacterial pneumonia as the overwhelming cause of death in the 1918-1919 “Spanish Flu” pandemic.  Yes, they found bacterial pneumonia as the cause of death – everywhere they looked –  in what you had always thought was a viral flu pandemic.  More on that later.

I suspect – but I cannot prove – that Reuters colluded with Twitter, in order to suppress any rebuttal from me, which led to my 7-day lockout from Twitter.  The timing of those two events, first the lockout at 3:02 am, and then the Reuters article at 6:40 am, (and necessarily in that order to more effectively silence me) was a few hours apart in the middle of the night/early morning on October 22, 2020.  This looks suspicious to me.  And the reason given by Twitter for the lockout is unlikely, because of the following.

Every day since early 2020 many people on Twitter express disagreement with the polymerase chain reaction (PCR), aka “the COVID19 test” being run at such high number of cycles that as the inventor of the test, the late Dr. KaryMullis warned, “you can find almost anything in anybody.”

Here is a video of Dr. Mullis himself saying that, at time stamp 0:55.

Many people are appalled at the high number of cycle thresholds, or iterations, at which the PCR “tests” are run, which has led to abundant exaggeration of how many people are affected by COVID-19. I see the same criticism of PCR frequently on Twitter, of abuse of PCR (and resulting severe abuse of the general public).  Yet, from what I have seen, nobody was locked out of Twitter for that comment but me.

Here is Twitter alleging that was the reason I was locked out. 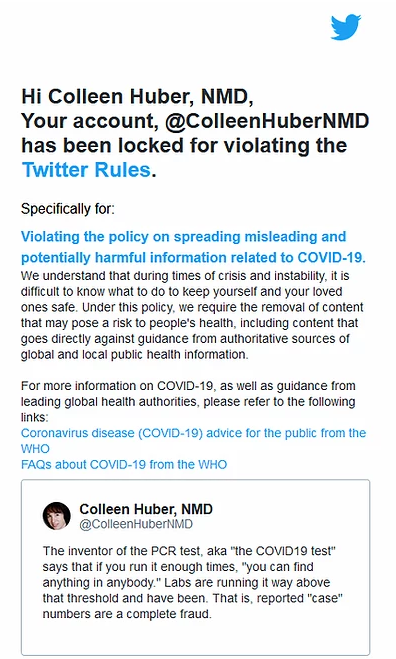 Let’s now get back to clarifying the controversy regarding what Dr. Fauci said.

In 2008, the Journal of Infectious Diseases published research by Dr. Fauci’s research team that showed that bacterial pneumonia was found to be the cause of death in all (“uniformly”) of the specimens they studied from autopsies of people who died in the 1918-1919 “Spanish Flu” pandemic.  That pandemic was by far the largest in centuries.  It claimed the lives of 50 million to 100 million people, with wide variation in those numbers due to overlap with post World War I famine, and sorting out who died of which cause.  At any rate, and with either figure, the pandemic killed 3% to 6% of the world’s population at that time.  Most people assume that the microbial killer was influenza virus.  But Dr. Fauci’s research indicates that no, the cause of death in all the cadavers they examined was bacterial pneumonia, that was from common upper respiratory tract bacteria.  Although the research team considers the possibility of viral-bacterial co-pathogenesis, the conclusions were clearly expressed.