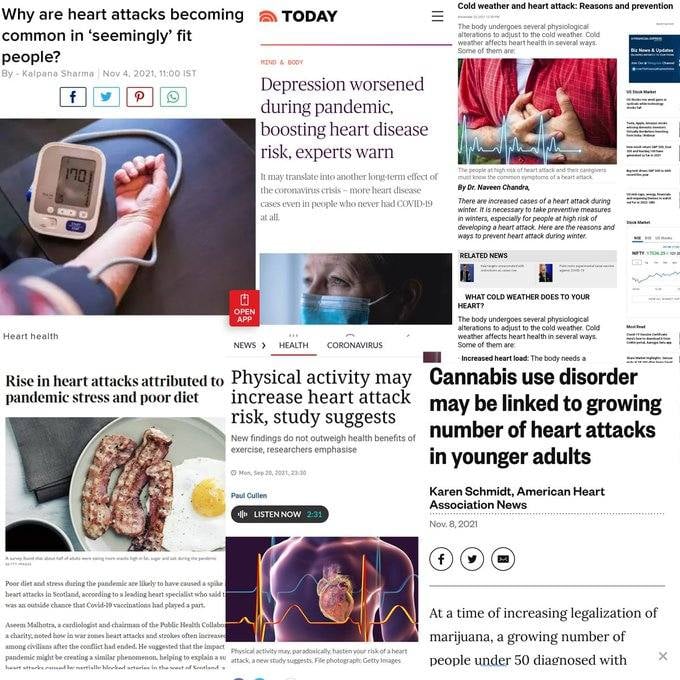 In late November, I joined Richard to record this video with him:

He covers some important points about the scam, and what Gates seems to be planning next.

If you want to know about the “emergency back up scam” that they may have been planning, consider watching the other video we recorded, from this page:

Is it the Graphene Oxide which is causing Blood Clots and Heart Problems?

The video below is longer than it needs to be. Dr Noack explains that he is an expert in Carbon (organic) chemistry and he argues that the Graphene Oxide is physically toxic – in that particles of it have very sharp edges, due to the carbon ring structure. He then argues  that the Graphene Oxide molecules are very hard/sharp and when the blood is flowing fast, they cause damage to blood vessel walls (cutting or stabbing them like tiny pins or splinters). This is what that scientist said who recently died:

Soon after this, he was arrested by police during a live stream! At the end of this video, his wife comes on and says he died… All very troubling.

Just a brief video from him.

This is about 22 mins and very worthwhile viewing. She discusses elements of the “bigger picture” which people should consider

Read a transcript of the parliament member’s speech below:

The totalitarian regimes responsible for the most heinous atrocities in the 20th century – think Stalin, Mao, Hitler, Pol Pot – they didn’t get there overnight.

They used fear to control. They excluded the ‘dirty’ people, softly at first. They justified the exclusion. They moved to harder exclusions and eventually eliminated people either socially, or physically.

In 21st century, Australia state premiers are racing down that familiar path trying to out-tyrant each other, drunk on power, setting up their own biosecurity police states complete with medical apartheid.

Sadly, we’ve enabled it refusing to rein them in – worse, supplying the Australian immunization register data that underpins this medical apartheid.

Fear is the justification of choice for coercion and control with non-vaccinated Australians increasingly demonized, ostracized and socially eradicated.

In Queensland, the premier tweeted that people not vaccinated raised red flags – Not just one, but 22 of them.

The media politicians and health bureaucrats all claim Covid-19 is now a pandemic of the unvaccinated, but there is no justification for such demonization.

The totalitarian path, the path that we are unquestionably on, has never ended well.

The solution is a rediscovery of human dignity, along with – and I don’t say this lightly – civil disobedience.

As a servant to the people of Queensland and Australia, tonight I draw attention to a new government bill, the Trusted Digital Identity Bill 2021. This is no time for subtlety. The Trusted Digital Identity Bill represents a watershed moment in Australian history. We stand at the divide between a free, personal-enterprise future and a digital surveillance age in which the government sits in the middle of every interaction Australians have with each other and with the world. It achieves this in the same way China does, creating a digital identity that forms a central part of a person’s life. Call it a licence to live.

Australian Nurses Blow The Whistle On COVID Vaccine Side Effects: “We Were Told Not To Talk About What We Had Seen”

In a stunning video, 11 nurses and paramedics from Queensland Australia have come forward to talk about their experiences administering the COVID-19 vaccine. The nurses have had their identities obscured because they are afraid to speak out, but their identification was checked before filming. In a series of harrowing tales, the nurses recount how they saw the deaths and injuries pile up, yet no one was allowed to talk about it.

The nurses further stated that vaccination status was no longer being marked on incoming cases and hospital resuscitation alarms had been disabled to avoid scaring people waiting in line for the jab. Additionally, there are no reporting mechanisms at all for serious adverse reactions.

Once the vaccine rollout began, they started seeing increasing cases of strokes, particularly in the young, neurological diseases, heart attack, lungs filled with fluid, internal bleeding, external bleeding from the bowels and nose as well as people passing large blood clots. One nurse described how more than 50% of patients looked ‘seriously unwell’ after being jabbed, with a number of them fainting at the hospital after receiving the jab.

Many of the nurses described how they would rather lose their job than take the jab, with some acknowledging that they would never work in the healthcare field again.