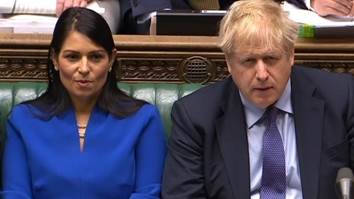 Sorry that it’s “more of the same” – but I think we are in a critical situation right now – and I am not particularly optimistic about the future.

I was sent this link for a UK petition to reverse the “CV” Bill:

I am not that big of a fan of petitions, but to be honest, people seem to take more of an interest in petitions than doing their own research – perhaps because they feel “someone else” will “sort things out”. So, feel free to add your name and share – FWIW. A few notable points listed from the UK Bill (similar Bills have been presented in the various countries – e.g. Denmark):

With this in mind, although I have no actual confidence in political representatives (if wouldn’t be in this mess if they weren’t either misinformed or “already part of the ‘programme’) I used the UK website https://www.writetothem.com/  to write my MP, local councillors and a few members of the House of Lords. I sent different letters, one of which was sent to me by Andrew Wheway. Feel free to use or adapt these letters (mainly suitable for UK use). They are at the bottom of this post.

Note re 5G and CV

People keep sending me videos and asking about this. I think the 5G stuff is a bit of a distraction – almost everyone already has the C virus anyway – that is what people should realise! Yes, I think there are 5G dangers – but they mainly want 5G to help track and control people a bit better than they can now. 5G may well cause some health issues, but most likely more if you get in the way of the higher frequency (26 GHz and 40 GHz in the UK) signals it uses. Some 5G frequencies have been in use for over 20 years anyway.

Installations are currently limited to a few cities, and so don’t affect rural areas etc anyway. Definitely more research should be done, because the health effects are not clearly known. 5G-CV appears to be being used as the “approved conspiracy theory” – to distract from other more evidential issues about the “virus” itself, the bogus test etc.

IMPORTANT NOTE: In the final minute or 3 of this video, it implies the pandemic is real, and Tedros Adhanom “failed to act quickly enough”  to stop it! I regard this as the “trojan horse” in this video – and this would make sense if it is correct that Rebel News is “not on the level itself” – and is, as I was told pro-Zionist. It’s definitely “pro Tommy Robinson…” – a figure who appears to have been “set up” to cause conflict from the get-go.

Short Letter I sent to a few Lords etc

I have been writing to several people of late, due to the current enforced crisis situation.

I would like to ask you a simple question – have you considered the recent health of the Prime Minister and Prince Charles? How healthy are they? What effect has the so-called “Corona Virus” had on them? From what I understand, the effect has been no worse than a common cold/flu bug. Paradoxically, the country is in economic and social “lockdown” (at whose behest?) due to this same “bug”. Derbyshire Police have been “shaming” Peak District Walkers on their “Twitter” feed. Yet, one of the UK Government’s own webpages reads thus:

“As of 19 March 2020, COVID-19 is no longer considered to be a high consequence infectious diseases (HCID) in the UK…. They have determined that several features have now changed; in particular, more information is available about mortality rates (low overall), and there is now greater clinical awareness and a specific and sensitive laboratory test, the availability of which continues to increase.”

I’ve been studying this issue since it started in January and have found out a lot – about the “virus,” the test used and the treatments that can be used. Something is very wrong. The Bill before parliament includes the following things:

* Forced detention and isolation can be of anyone, including children, and for any amount of time.

* Authorities can FORCEABLY take biological samples from your body. Your body becomes the property of the state.

* Powers last up to 2 years, with reviews every 6 mths

Do you have any thoughts on this? What will you be doing about this? Perhaps your response may be informed by points made in a letter I sent (on 28 March) to Chief Constable of Derbyshire Police?

(I added the Letter to Derbyshire Police – Surveillance of Hikers)

Regarding the current enforced crisis, I understand that the Prime Minister, apparently acting upon scientific information he was furnished with in particular from the eminent Imperial College in London, rapidly put virtually every person in the country under house imprisonment less than two weeks ago.

It appears that initial report was a gross overstatement as the Imperial College climbed down and reduced the figure to less than 20,000 quite quickly which in itself is astonishing. Yet later, only last Friday 27 March, the same highly regarded Imperial College further reduced the anticipated number of deaths in the UK to 5,700, a further 70% reduction. What is going on here? This seems like gross misconduct on behalf of an authority we expect to trust and have complete faith in.

On your government’s own website, the danger of the CoVid-19 was downgraded on 19 March in consultation with Public Health England.
https://www.gov.uk/guidance/high-consequence-infectious-diseases-hcid
Were you aware of this?

An intense search of the mainstream media’s own figures throughout this country, Europe and the rest of the world very strongly indicates that more than 90% of all deaths attributed to this CoVid-19 virus comes from the elderly generation who have underlying factors, many with cancer, lung disease, etc.

The Centre for Disease Control in USA has stated that the test used mostly across the world to ascertain whether or not a being has the virus is unreliable. I understand the PCR test is unreliable because it is incapable of gauging whether a being has enough of the virus within the body to even surmise that the being may become ill, let alone die.

Accounts are emerging from NHS employees on the front line that numbers of patients in beds in hospitals locally who have been told they apparently have this virus are miniscule. Only 8 such beds were occupied at the Queens Medical Centre a week last Thursday, I have from a very close source. I have noted reports of similar scenarios throughout Europe. The creation of space and facilities, equipment in hospitals for the anticipated influx of CoVid-19 cases is having an adverse impact on the morale and spirit of those patients who are having their “not-urgent” surgery cancelled. It is also causing frustration to the health workers/administrators of the hospitals etc throughout Europe who are wondering when these emergency patients are going to start coming through the doors.

The lack of choice for entertainment/social visiting/gathering for the terminally ill because of the political draconian policies will also be cutting life short and leading to yet untold and unknown distress.

Even the mainstream media which is indebted to the advertising of Big Pharma and appears to be strongly influenced by that fact, notes that more than 90% of deaths being attributed to CoVid19 are from patients who have “other health-related issues/conditions”. Such as cancer, lung disease etc etc. Locally, nationally, across Europe, across the rest of the world.

It appears that deaths for this time of the year across this country and Europe are actually DOWN IN NUMBER despite the so-called headlines screaming at us.

So, the question I ask of yourself is to specifically request from the Prime Minister at your next opportunity whether he has over-reacted in shutting down the whole country; whether he feels he has been misguided by the Imperial College and any other authority and their data, and if so, could he relax the enormous pressure he has put this country under and begin to return things to normal?

Also, I recently became aware of Derbyshire Police’s attempts at “shaming” walkers in the Peak District – by posting a drone video on their “Twitter” feed. Why weren’t the drone teams protecting properties, closed up in the unnecessary shutdown? I wrote to them to give them some information they seemed not to be aware of (and I would guess you aren’t aware either). I can send a copy of the letter on request.

A final observation. People are very frightened because of the response of the government. They believe they can trust the government. They are walking six feet around everyone they encounter in the open countryside, some accompanied by face masks. This suggests that they have heeded a message that it is probable they could catch a life-threatening virus simply from walking past someone in the open countryside. When the most adopted test world-wide cannot even ascertain whether a positive case can actually become ill from this virus, is this fear being passed on to the citizens warranted?

Have you ever been in a corner shop and walked out because a customer was coughing/sneezing? I didn’t think so. Moreover, have you ever noticed a shopkeeper politely request such a customer to leave the premises and not return until their cold/flu has gone because of the possibility of another customer possibly catching their cold/flu? I very much doubt it. Yet, there are tens of thousands of deaths each year in every country from pneumonia/influenza/flu. Far, far more than are being predicted for this relatively mild health issue, and even those predicted figures are open to serious scrutiny.

Then, there is the devastating economic impact this lockdown is having on the ordinary person and all industries.

I urge you to digest what I have said and do your own research. I urge you to address your conscience and robustly question the Prime Minister and any other senior politician who continues to pedal the same rhetoric as to whether they may reconsider their stance on behalf of humanity.