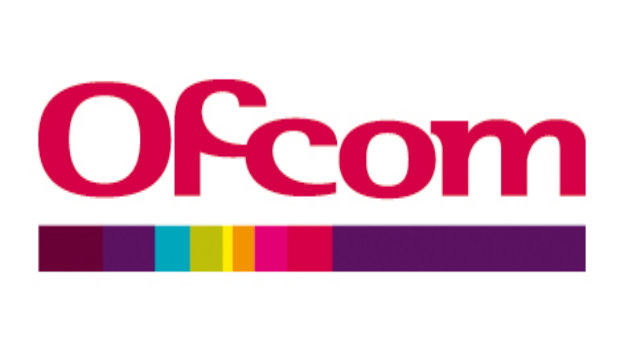 Posted on 21st February 2021 by The Bernician

Recently, I decided to submit complaints to the above, using the links below. It was necessary to submit a complaint to the BBC before I could send one to Ofcom. You could consider doing something similar, especially if you are in the UK. Use the links below:

My complaint (you may need to adapt the text):

The ASA don’t seem to take an email address, name or any contact details at:

After I submitted my complaint, it just said:

Thank you for reporting a COVID-19-based advert. We don’t give individual responses to this type of report, but rest assured we’ll take any action necessary off the back of what you’ve told us.

Very disturbing whistleblower evidence (faces have been blanked out).

The Detroit media icon was found dead at her home by her husband last Tuesday, just one day after taking the COVID-19 vaccine but the official cause of her death is still unknown.

Please pay close attention to this interview. We at the World Doctors Alliance are ramping things up. Trust me, for every “propaganda doctor/expert” on main stream media, there are at least 50 who do not agree with them and who are truly working for the benefit of our patients.

The woman, who is a qualified vet nurse, said she had requested additional information from the facility – but had so far not been provided with any. Once presented with that information she would get a Covid-swab – but until then she could not give informed consent, she said.

“As someone with a medical background and knowing the importance of informed consent, for my own peace of mind I really need that informed consent, I’m entitled to it, it’s a right, it’s an obligation of the party offering a consent form. For me, that’s quite an important step.”

Baulch said the longest they could keep her in isolation was 28 days and once released she planned to take it to court.

“The New Zealand government is clearly very confident in the protocol they are using, and that’s fantastic, get me on the same page. Because if you can prove with evidence, I am a loyal advocate, that’s the thing, at the moment I just haven’t had the assurances. I was very surprised with the lack of response or attempt to provide me with the information.”

Baulch said she had seen research from Portugal where a court had ruled the PCR swab was 97 per cent ineffective. If there was strong scientific evidence that proved the theory otherwise, Baulch said she would consent to the swab.

Update from Associazione Vicit Leo and Request for Help and Support

A lot of important things have happened since we last wrote to you in October.

Back in July 2020, you may remember our association launched a press conference in Rome which was called ‘Delenda OMS’ (The WHO Must Be Destroyed). The press conference featured leading Italian lawyers, scientists, politicians, and a pre-prepared statement from Monsignor Carlo Maria Viganò which was read out on his behalf.

This press conference served to publicly launch our professional association, which is made up of experts in the fields of natural science, law and ethics. Amongst those in attendance at the conference were some journalists from a well-known investigative TV documentary programme produced by Italy’s publicly-owned national broadcaster RAI. Acting on some of the information provided by Vicit Leo at the press conference these journalists began their own investigation which resulted at the end of November in a major documentary exposé of the WHO and their collaborators. The documentary sent shock-waves around Italy, exposing, as it did, the corrupt collusion between the WHO, the Health Dictatorship and the Italian State: an unholy alliance between the upper echelons of the WHO and the Italian Ministry of Health; international diplomatic incidents; misuse of funds; and the possible manslaughter of tens of thousands of Italian citizens.

At the same time as the documentary aired, our legal association was preparing twenty-four serious criminal accusations to be pursued against those who implement the criminal directives of the Health Dictatorship.

The WHO, which do not forget is an official UN body, was so rattled that it is claiming diplomatic immunity for its people against criminal prosecution. So, unfortunately, it looks like WHO employees can not be prosecuted at this time.

But we have also filed criminal complaints with the Court of Rome against the Minister of Health Roberto Speranza, and against representatives of the Technical Scientific Committee and the Higher Institute of Health.

But this essential work of combatting the Great Reset by exposing the Health Dictatorship, preparing legal activity against it, and by physically organising against the new ‘health’ measures of lockdown, curfew, and the quarantining of healthy people, has not come without physical and financial consequences for Vicit Leo and its collaborators. Everything comes at a price.

In our case it’s not just that we have to somehow find large sums of money to prepare and pursue legal actions, but our activity and that of our collaborators has resulted in dawn raids and arrests of people on extremely spurious charges. One of the speakers at the ‘Delenda OMS’ conference has even been subjected to criminal-type sanctions without him even being charged, convicted or sentenced for any specific crime relating to this enforced punishment. The Italian authorities have declared that he is prevented from organising, attending or promoting any demonstrations for three years! What is the terrible ‘crime’ that has brought about this draconian attempt to silence him? Simply because they accuse him of organising and participating in numerous street actions to obstruct and hinder the implementation of the Great Reset. As far back as March 2020 he and others were arrested for physically attempting to keep the churches open during lockdown, and apprehended on the way to seek Mass (which was banned) at Santa Maria Maggiore on Easter Sunday. But this time they do not even arrest him for anything. They simply levy (surely illegal) sanctions against him under threat of arrest if he organises or attends any street protests.

In this way we have been warned by the Deep State to back off and to cease our effective campaign against the Great Reset. But, of course, this will not happen. We are free Christian men, not slaves and we will continue to fight against the Health Dictatorship and the Great Reset no matter what happens. We hope to be able to do this aided by your prayers, your moral support, and your financial help.

So far, not many more than one-hundred Christians, out of more than ten-thousand English-speakers from our mailing list which consists of all those who signed the ‘Appeal for the Church and the World’ headed by Archbishop Viganò, have been good enough to help us financially in this crucial battle. As Monsignor Viganò has stated, “In the international geopolitical context the role of Italy may appear in some ways marginal but, in reality, Italy is a testing-ground for the experiments of social engineering that the Globalist agenda intends to extend to all governments over the span of the next ten years, both in the economic and political sphere as well as the religious one.”

We are willingly sacrificing not just our own time and our money in this fight against the WHO and the Lords of the World, but also our physical freedom as well. We have suffered dawn raids, arrests, and imprisonments to try and prevent this so-called Great Reset. Can you stand with us and help support us financially to ease some of the great burden on our shoulders? Whatever Lenten alms, either great or small, you could spare in this great fight for the future of our children will be so greatly appreciated.

We are advised that we cannot at this time make public the actual text of the criminal accusations we have filed against the WHO and their collaborators, but we have compiled a very brief summary for anyone who is interested.

We thank you for your continued support.

The Web of Players Trying to Silence Truth – Mercola.com