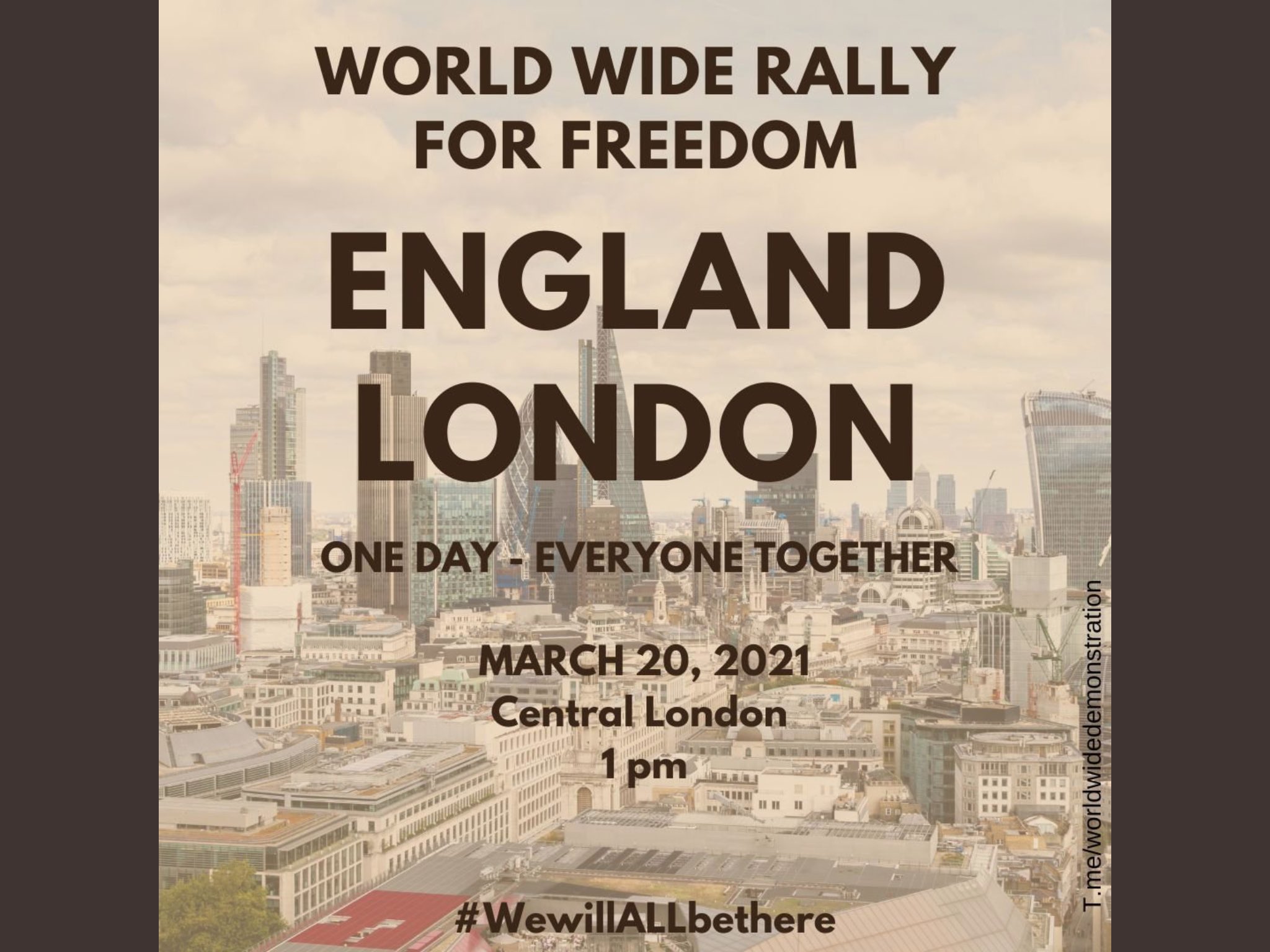 Consider doing “something” on 20th March….

A very good article by Rosemary Frei. Do think carefully when something gets massively promoted!

“But from my experience as a former long-time medical writer and journalist (1988-2016) — particularly a four-month stint with media-relations giant Fleishman-Hillard in 1994 (yes, I’ve worked for the dark side) — this has all the hallmarks of a drug-company astroturf campaign. It’s another step in the decades-long erasure of the fact that our sophisticated and highly effective immune systems work well and don’t need any assistance from the biomedical/pharmaceutical industry.”

The Last American Vagabond – interview (He talks a bit too much, but it’s OK)

Tim Foyle – On The Psychology Of The Conspiracy Denier

A closer look at the class that mocks.

Why is it that otherwise perfectly intelligent, thoughtful and rationally minded people baulk at the suggestion that sociopaths are conspiring to manipulate and deceive them? And why will they defend this ill-founded position with such vehemence?

History catalogues the machinations of liars, thieves, bullies and narcissists and their devastating effects. In modern times too, evidence of corruption and extraordinary deceptions abound. We know, without question, that politicians lie and hide their connections and that corporations routinely display utter contempt for moral norms – that corruption surrounds us. We know that revolving doors between the corporate and political spheres, the lobbying system, corrupt regulators, the media and judiciary mean that wrongdoing is practically never brought to any semblance of genuine justice. We know that the press makes noise about these matters occasionally but never pursues them with true vigour. We know that in the intelligence services and law enforcement wrongdoing on a breathtaking scale is commonplace and that, again, justice is never forthcoming. We know that governments repeatedly ignore or trample on the rights of the people, and actively abuse and mistreat the people. None of this is controversial.

So exactly what is it that conspiracy deniers refuse to acknowledge with such fervour, righteousness and condescension?

(Washington, DC) – Judicial Watch announced today that it filed a Freedom of Information Act (FOIA) lawsuit against the Department of Health and Human Services (HHS) seeking records of communications between the Centers for Disease Control (CDC) and Big Tech about COVID-19.

Let’s hope it’s “the real deal” and not just another whitewash where officials deliberate with furrowed brows then, weeks or months later, announce “There was no wrong doing here! Move along!” It depends how many of the judges are bought and paid for, I suppose.

Because of this crime, in Israel only 41% of vaccinated police officers, military personnel, schoolchildren and medical personnel have suffered life-threatening side effects after administering the experimental vaccine, the complaint states.

“It has already been proven that many people died, were paralyzed, injured and disabled by the vaccine,” the complaint states. Yet the Israeli government simply went ahead with the vaccination program.”