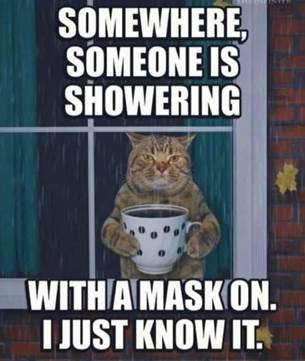 Simpsons Writers Appeared to Know the Script in 2010

Following the “prophetic” Anthony Fauxi clip at the start… more cartoon prophecy, of sorts… Many other examples in “the Simpsons” which you can easily find…

The Emperor Has No Corona

A good summary of why the scam is a scam….

6 minutes – all based on “accepted” medical science – he doesn’t even need to question the reality of the virus – he just states accepted knowledge and demonstrates that the actions don’t make any sense. https://hancockcountypatriots.blogspot.com/2021/08/dr-dan-stocks-presentation-to-mt-vernon.html

From June 16, 2021 – a surprisingly candid interview with Dr McCullough.

“We actually couldn’t even communicate with our propagandized colleagues and major medical centers, all of which appeared to be under a spell; almost as if they’re hypnotized right now, and doctors, good doctors, are doing unthinkable things like injecting, biologically active messenger RNA (mRNA) that produces this pathogenic, spike protein into pregnant women.”

This is a very impressive analysis of how the world has become like it is.

Fully-vaccinated protesters in Italy are burning their vaccine passes in a powerful display of solidarity against the tying of civil liberties to vaccination status.

Of course, these could be just green bits of card – but still…

Another Lesson from History – DES

What will be the longer term effects of the COVID jabs? No one really knows – nor do they claim to know. In an “emergency,” long term effects don’t matter, do they?

I was recently informed of the story of DES – a drug which went under many names, being used to treat various illnesses and conditions – such as a tendency to miscarry a pregnancy. The problem with this drug is that it’s “trans-generational” – its effects can be experienced even by the grandchildren of those who were given it. This demonstrates that some drugs have very long lasting effects.

There had been early warnings of its potential to harm. In 1940, a French medical journal reported that DES caused mammary tumours in male mice. The drug was used as a supplement to increase the size of livestock, but it was banned from chicken and lamb feed in the US in 1959 after high levels in meat caused male breast growth in humans.

DES was prescribed in the US to pregnant women from 1938 until 1971, when it was discovered that one in 1,000 daughters of women who had taken the drug developed a rare form of vaginal and cervical cancer, known as clear cell adenocarcinoma (CCAC). (There have been reports that it was given to pregnant women in Poland as late as 1991). All DES daughters carry a lifelong risk of CCAC and are 40 more times likely to develop it than unexposed women. Most cases have occurred in women in their late teens and early twenties.

But vaginal and cervical cancer is only one of a long list of side effects. Mothers and daughters have an increased risk of breast cancer (daughters aged over 40 have almost twice the usual risk of developing the disease). Studies have shown that up to a third of DES daughters were born with or developed some form of abnormality of the cervix, uterus or fallopian tubes, resulting in an increased risk of infertility, ectopic pregnancies, miscarriages and premature births. DES daughters are 50 per cent more likely to start the menopause early. Studies have shown that they have an increased risk of auto-immune diseases such as lupus and rheumatoid arthritis.

Covid vaccine maker Moderna received 300,000 reports of side effects after vaccinations over a three-month period following the launch of its shot, according to an internal report from a company that helps Moderna manage the reports.

That figure is far higher than the number of side effect reports about Moderna’s vaccine publicly available in the federal system that tracks such adverse events.

Vaccine manufacturers like Moderna are legally required to forward all side effect reports they receive to the Vaccine Adverse Events Reporting System, where they are made public each week.

Run by the Centers for Disease Control and Food & Drug Administration, the VAERS system is crucial to tracking potential problems with vaccines. It helped scientists determine the Covid vaccines may cause heart problems in young adults.

The reason for the gap is not clear. Moderna may simply still be processing the reports, though the number of reports about Moderna’s vaccine in VAERS from the first half of 2021 remained almost flat this week.

Moderna and IQVIA, the company that works with Moderna to handle the reports, did not return emails for comment.