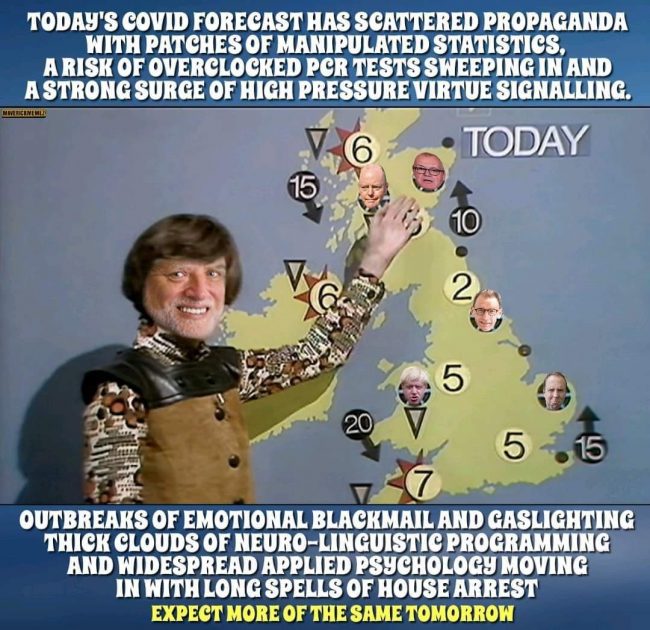 … they also talk about how Mr. Kennedy reluctantly became an advocate for parents of children who were damaged by vaccines, a career change that has almost destroyed him. Before that, he was a successful attorney suing companies that were polluting the envirnonment.

They also talk about the fact that the shutdowns and social isolation over COVID, led by Anthony Fauci, are killing many more people than COVID.

Letters to Help With Employment/College School Measures and Mandates

US Oriented – but could be adapted for elsewhere.

Another compelling interview with Dr Yeadon.

What Zuckerberg, Dorsey, Fauci, Biden, Soros, Obama, Gates and the rest of these snakes don’t want you to know is the real data about the MRNA injection being falsely referred to as a ‘vaccine’. They want you to give it to your kids, so that the world’s population will continue to decrease, your sons and daughters will bleed unexpectedly and become tragically infertile if they make it. If they don’t die after getting injected. They don’t want you to know that, and that’s why they hide real data. Real verifiable and scary information that will harm or kill your children if it’s not shared with the world.

Documented cases that prove that we aren’t conspiracy theorists losing our mind, ingesting drugs or wearing tinfoil hats, but that we are onto them and we care about our fellow Americans, even if we can only identify them as:VAERS ID: 1166062-1; 5 months old: Patient received second dose of Pfizer vaccine on March 17, 2020 while at work. March 18, 2020 her 5 month old breastfed infant developed a rash and within 24 hours was inconsolable, refusing to eat, and developed a fever. Patient brought baby to local ER where assessments were performed, blood analysis revealed elevated liver enzymes. Infant was hospitalized but continued to decline and passed away. Diagnosis of TTP. No known allergies. No new exposures aside from the mother’s vaccination the previous day.

It has never been about public health. As Peggy Hall says, those that have failed to understand this may well be “digging their own graves.” Sorry that I’ve included a BBC link – I will try and do better next time…

The Seychelles, which has fully vaccinated over 60% of its population against Covid-19, is bringing back restrictions amid a rise in cases.

NHS Whistleblower – UK – Senior NHS Board Member Warns: Stop The Genocide Or Our Children Are Next

I think the key ones are lack of true informed consent, lack of a balanced risk-versus-benefit ratio being given to people. I think people are told that their adverse events are “normal”. I know that the Yellow Card reporting system is not reflective of the amount of adverse events that are actually happening, and I’ll give you an example of that. I know of a patient who reported their extreme adverse-event side effect to a nurse, and that nurse did not report it to the Yellow Card reporting system. So that’s a concern, that we haven’t got an accurate reflection of what is actually happening after these injections.

And I think the long-term safety effects of these injections is still not known, yet we can see that the short-term impact is huge. And we’re now moving into a territory where we are going into healthy, younger, fertile individuals, and — God forbid — children. And that, quite frankly, terrifies me.

In an earlier posting, I mentioned a case in Weimar, Germany where a local court agreed that COVID related measures were based on fraud. He was later raided by federal authorities and a case against the judge was started!.

The article below is in German and so Google translate can be used, but the result is a bit hard to follow:

The Senate for Family Matters at the Karlsruhe Higher Regional Court has passed a resolution (AZ 20 WF 70/21) which shows that the allegation of perversion of justice against the Weimar family judge Christian Dettmar has been made without a legal basis. The Karlsruhe Higher Regional Court has announced that the family court is obliged to initiate preliminary investigations according to Section 1666 of the German Civil Code (BGB) in the event of a suggestion. It cannot simply shift the examination of whether there is a child welfare risk to the administrative court.

As stated in the leaflet (UK) that comes with the Vaccine:

About the types of vaccine

In the UK several different types of COVID-19 vaccines will be used during 2021. *The vaccines will only be approved on the basis of large studies of safety and effectiveness.*

So he should know that the “vaccine” is UNAPPROVED – i.e. EXPERIMENTAL. Hmmm… Then there’s this:

And let’s not forget what has been mooted in Canada – this is war folks.

Germany has been leading the way. For over a year, anyone questioning or protesting the “Covid emergency measures” or the official Covid-19 narrative has been demonized by the government and the media, and, sadly, but not completely unexpectedly, the majority of the German public. And now such dissent is officially “extremism.”

Yes, that’s right, in “New Normal” Germany, if you dissent from the official state ideology, you are now officially a dangerous “extremist.” The German Intelligence agency (the “BfV”) has even invented a new category of “extremists” in order to allow themselves to legally monitor anyone suspected of being “anti-democratic and/or delegitimizing the state in a way that endangers security,” like…you know, non-violently protesting, or speaking out against, or criticizing, or satirizing, the so-called “New Normal.”

Halting the spread of the coronavirus will require a high-level counteroffensive against new destructive forces.

Efforts must expand into the realm of cyber security, law enforcement, public education and international relations. A high-level inter-agency task force reporting to the UN secretary-general could assess the full impact of anti-vaccine aggression, and propose tough, balanced measures. The task force should include experts who have tackled complex global threats such as terrorism, cyber-attacks and nuclear armament, because anti-science is now approaching similar levels of peril. It is becoming increasingly clear that advancing immunization requires a counteroffensive.

Perhaps the best response to this is data, as shown in the next article…